By Gunnel Thunström8 juni 2018 No Comments 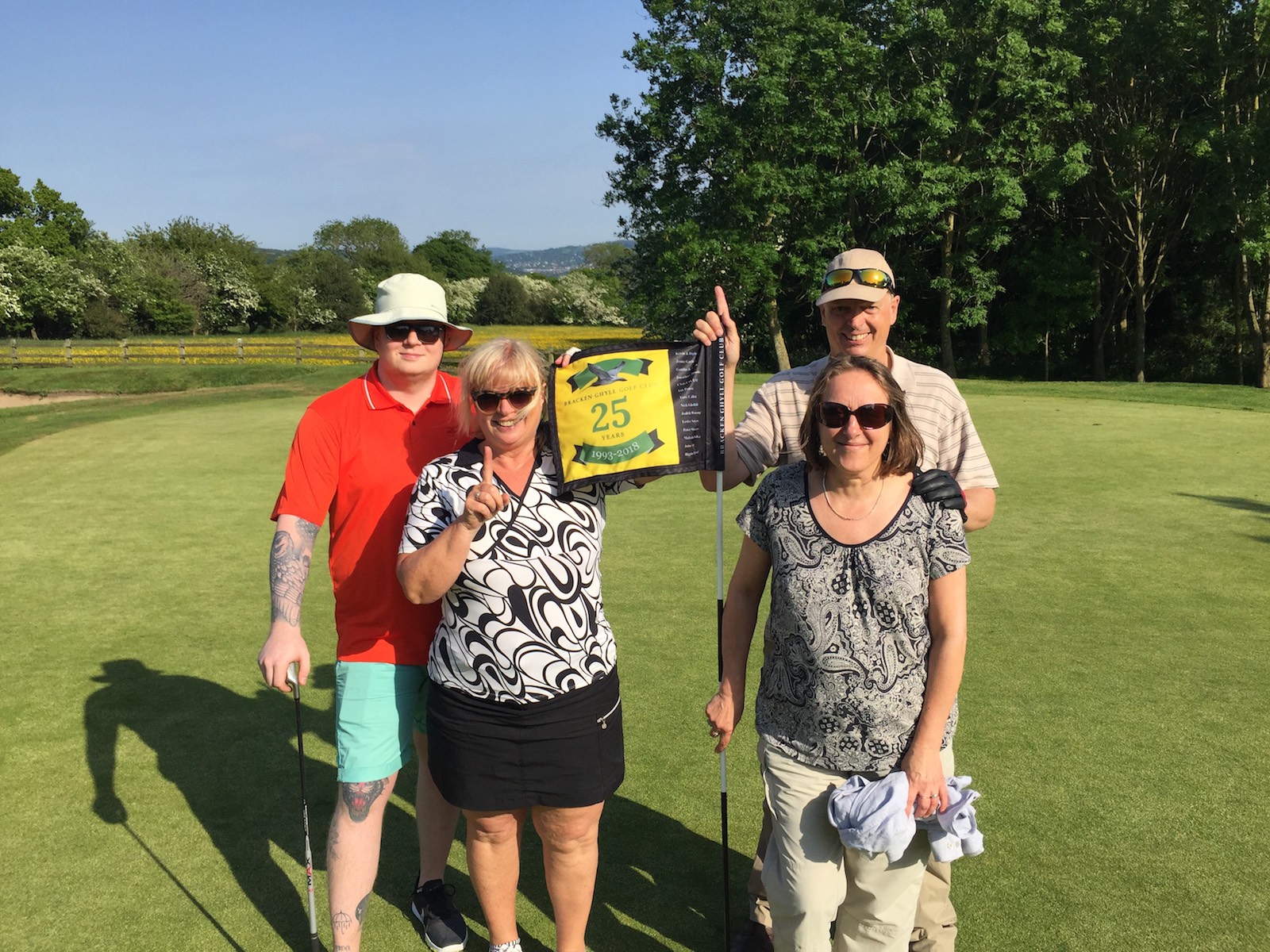 Hi, I was visiting family in the UK last week and had a round of golf at my brothers club Bracken Ghyll in Addingham Yorkshire England on 27th May 2018. My brother Michael and Alexander (also member at NGK) were playing and on the 13th par 3 I did a HIO 😊 It happens that the clubs Golf Pro was on another fairway opposite and heard our squeal of joy and came over and took photo of us all! It was late afternoon and so the clubhouse had already shut and so it was a round on me on the way home at a local pub! I was also proud as we had borrowed golf clubs from extra sets that my brother has that were my fathers, he cannot use them anymore due to a stroke and now 92 years old, and we were able to let him know the day after. He himself was an avid golfer and had done a HIO many years ago and so this made his day 😊 –
Christine Anne Oddy 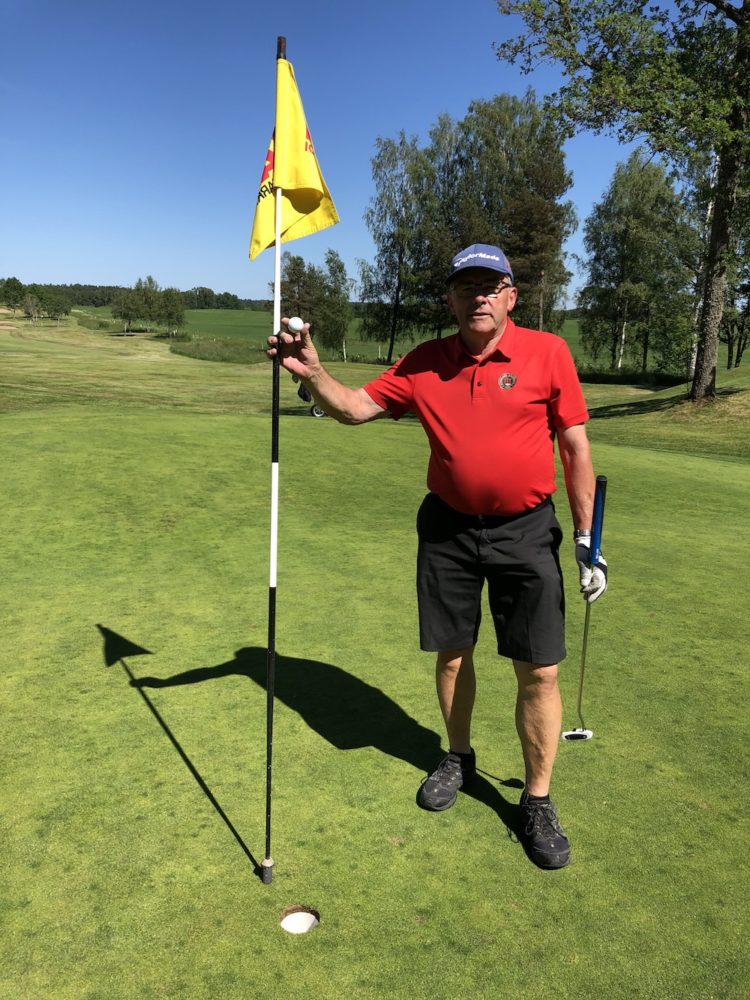